Root canal treatment involves the tissues inside of a tooth (called the ‘dental pulp’) as well as the surrounding tissues of the root. It is an endodontic therapy.

The word “endodontic” comes from “endo” meaning inside and “dont” meaning tooth.

The dental pulp can be affected and infected for various reasons, which is why, in some cases, it must be removed.

Nerve removal does not mean the “death” of the tooth, as is generally rumoured. The pulp has a decisive role in the growth and maturation of that tooth and in maintaining its functionality in the oral cavity.

Following the root canal treatment, the tooth continues to function and fulfill its roles, being nourished by the surrounding tissues.

If the inflamed or infected dental pulp is not removed in time, the pathology will worsen. The pulp will eventually die, causing the formation of pulpal gangrene, and the hard tissues and supporting tissues will also gradually deteriorate, which will eventually lead to tooth loss. In addition, there is a risk that the infection will spread to the bone, causing significant damage and increasing the risk of complications.

The purpose of this procedure is to keep the tooth in the oral cavity because, as it is known, the best implant is its own root.

The canal treatment is a complex and meticulous labour determined by the nature of the space inside a root: very narrow, sinuous space, often difficult to approach. Modern techniques and state-of-the-art equipment have made endodontics one of the super-specialized disciplines of dentistry.

Every year, millions of teeth need root canal treatment. If you have not experienced such treatment, you probably have many questions about its justification, the results obtained and its effectiveness in maintaining a tooth in the oral cavity.

What will happen to you during a root canal treatment?

First, you will be given local anaesthetic, so that the procedure is pain free. Then, a sheet of latex called the “rubber dam” (non-latex rubber dams are also available) will be placed around the tooth to isolate it, keeping it clean and dry during treatment. The treatment consists of a few basic steps where the tooth is cleaned, disinfected, dried, and a filling is placed that extends the full length of the root.

What is the success rate of root canal treatment?

Root canal therapy has a very high degree of success. Teeth which can be treated have a success rate of over ninety percent!

However, despite the advanced techniques and technologies that have emerged in recent years, root canal treatment still has some limitations. Not every tooth can be saved. It depends on the condition of the tooth at that time, the underlying reason for the condition, the number of canal treatments previously undergone, the degree of coronary destruction, the predictability of the result and the prediction of the longevity of the tooth in the oral cavity. All these aspects will be discussed with the patient before any treatment.

Oral pain such as toothaches or cracked / fractured teeth can often be difficult to pinpoint.  Because of the vast network of nerves in the mouth, the pain of a damaged or diseased tooth is often felt in another tooth and/or in the head, neck, or ear. Root canal therapy will, most likely, treat this type of pain.

Pulp damage is sometimes caused by trauma to the mouth and the endodontist specializes in treating these types of injuries. For example, a blow to a child’s permanent tooth that is not fully developed can cause the root to stop growing. A procedure called apexification stimulates the bone to be deposited at the end of the root which makes it possible to then save the tooth through a root canal procedure. There are even cases where we can regenerate pulp tissue that has become necrotic, this will allow an immature root to continue to form.

Once root canal therapy is completed, your tooth should be examined periodically (the time between appointments is variable). This allows us to ensure that the tooth has healed or is healing properly. Since an abscess may take 2 or more years to heal, the tooth should be re-evaluated for at least a few years after treatment.

Occasionally a tooth that has undergone endodontic treatment fails to heal. Although rare, sometimes a tooth initially responds to root canal therapy but becomes painful or diseased months or years later. When either of these situations occur, the tooth often can be maintained with a second endodontic treatment.

Root canal treatment, even if it initially involves slightly higher costs, is much cheaper than the surgical treatments that would be reached as an alternative, for example. extraction of the tooth with an implant crown. Not to mention that in this way what is natural is preserved, that is, the tooth itself.

If you experience sensitivity of a tooth to cold or hot foods or drinks, sudden, spontaneous pain  when chewing, tooth discoloration and/or constant jaw pain, give us a call. The Pacifica Dental team will make sure you get the correct diagnosis and receive the proper treatment.

Oral health – one of our New Year resolutions 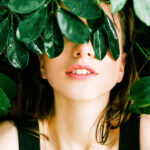